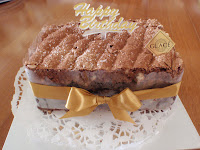 birthday is something that u wish is memorable every time. this is no exceptional.

Had a early celebration, as my birthday fall on weekday. Darrell bought a cake and my bag for me. Celebration is different this yr for me.. 1st time i had a healthy steamboat at hm, instead of eating at restaurant.

On sat, had mini celebration for me at jurong west st 51, eat muslim 'zhi char'. Had a gift card and present from them. Then the next activity is at Jurong Safra K-Box. Sing song from 10pm-3.30am...by the time we sing till abt 2 plus, we stop. chit chat till 3.30 then leave the place. In between have fastest drinking beer contest organise by the k-box ppl. we sent Matthew to represent us. :)
Saturday, November 06, 2010


this semester has been the boring, toughest n busiest! that i dun hv much time to spare.
At last exam is over! no intention of going oversea, so i decided to find temp job n i gt myself something i want :) temp hr admin in a bank.
Another thing is...i decided to stop most of my tuition. Last sem coming up...no gd to leave student halfway...so gotta stop...n...that's hw i gt a mini cake done my students' mom...so sweet of them. hehe.. some of the things gt destroyed while travelling (the THANK you is gone).
One last thing...it's time for me to slim down...lol..put on a few kg for the past few months (>.<)
Thursday, September 23, 2010


gotten free ticket of USS (for 15 sept) frm YoG as part of our appreciation. Had assignment to hand up that wk, but i still go...dun waste...lol
had fun playing inside as there isnt much time wasted for waiting those rides...but on the way back (exit), it was pack..as they were giving out goodie bag (from YOG). However, the rest of the friends n i do not want to miss the last train/buses, we decided to leave w/o taking the goodie bag.
Bought and tried the popcorn (caramel)that is outside USS, it's sweet-salty, especially when u eat to the end...it's more salty than sweet.
Walk almost all theme area...tried most of the ride, the rides i like are Enchanted Airway and Revenge of the Mummy. The roller coaster concept ride ^^ , like the trill
Monday, July 26, 2010


My 6th month held earlier than usual as we do not have time on the later dates...so here we are..
Celebrate it at Gold Class watch The Twilight Saga: Eclipse. Tried their dessert n drink. Overall experience was good. I would definitely going back there to watch again =)
Thursday, July 15, 2010


There goes my monthly post again..
This time rd a bit more special...hehe
Cos i had my hairCUT n went for wedding dinner.
It's my sis's poly friend wedding who is also my financial advisor.
Here comes the pics:
pics taken in salon: 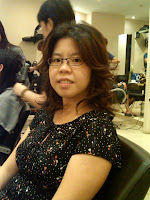 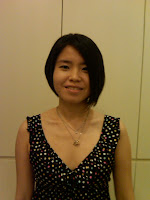 Pics taken in the wedding: 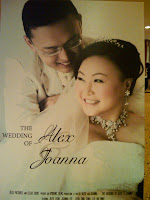 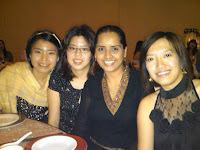 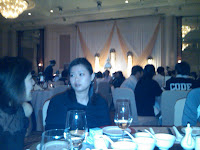 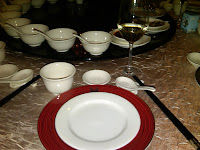 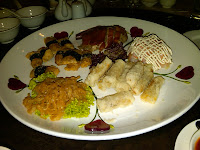 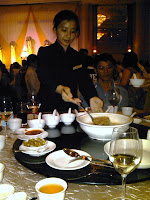 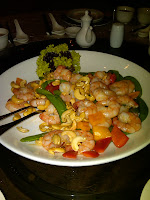 
It is rare these days to go out with my family on weekend the whole day... n today is one of the day. Morning wake up, went JE as mom wanna change new spec...after 10yrs...yup...the person check their system...then say...it had been 10yrs since she made the last one... pick one red n white one for her. Then go NTUC for grocery shopping...on the way back..walking....saw my 6th uncle looking at bags...for my cousin for some outdoor camping. we chit chat for a while till it's time to pick up the other cousin who's learning ballet, then we head home.
Friday, June 04, 2010


here comes the monthly post...come to realise, by the time i update a new post, it's already another month.
Been busy giving tuition straight after my own exam as my pri students' exams were 1 wk after mine. After theirs end, i found a 1 wk job@ tuas, working as a general worker. Time was fully utilize as i have OT almost everyday. Furthermore, the temp job was drag for another 2 wks more. So my last day was on 2nd June. During that period, i was usually tired out, and head to bed without touching my laptop for several days. once occasionally, i mange to find time to go fb for awhile b4 i head to bed again. As for weekend, i spent my days with bb...giving a helping hand to pack his rm, clearing CDs, accompany him to Beach Rd, etc..
Think back, i think the only time i spent some time with family was Vesak Day, where i go temple in the morning with family n to food expo...but end up calling bb to pick me up...cos popular fair was there as well...i end up buying $100+ books from there...mainly students' assessment bks. Can you imagine queuing for 3+hrs just to make payment.
As for the coming month...i try to rest as much as i can..b4 i start packing my rm again. N back to give tuition b4 the June School Holiday end. Plus, do some shopping!!! lol
I love anything that appeals me.
I love purple, blue n green.
I'm dainty and dirty; not a trace.
I party till dawn,
I shop till dusk.
That's coz...
I'm a girl.
And a beautiful one too. :P

N A N A
there's nothing wrong with my name.
If you think you know me, read my blog and think again.
I'm imperfect and I'm Lovin' It.
I'm the only witness and the only person who can judge my life.
This is my blog so Click here if you hate it.
too bad ;p